Black and white Maine Coons are uncommon, but they are exceptionally beautiful creatures. You are most likely to find Maine Coons with brown, or orange tabby coats, but finding one that has a combination of black and white on its coat is truly unique.

There can be quite a few varieties of the black and white combination – they can have different degrees and patterns of white spots, and can range from a mostly white, or mostly black coat. However, the most common pattern is the tuxedo, where they are mostly black with some white on their paws, chest, chin, and belly.

» You might like Why Does my Cat Reach His Paw Out to Me? and How Long Does a Maine Coon Live?

In this article, we will be discussing the black and white color variation of this gorgeous cat, as well as their characteristics and personality.

What Is A Maine Coon?

Maine Coons are a huge cat breed that originated in Maine, as their name suggests. They can weigh up to 18lbs, which is double that of most cats!  They also have dramatic coats that are heavy and shaggy, that have been adapted in order for them to survive cold climates.

These cats also have a working history as they are good hunters. Before cats were taken in as pets, Maine Coons would live in barns and on ships and be used to keep rats away.

But, in more recent times they’ve become a really popular cat breed for how sweet and intelligent they are. And, nowadays, you can find the beautiful Maine Coon in over 75 color variations!

Cats that have two colors in their fur are often referred to as bicolor cats. This is when their fur has a base coat of a certain color, and then blotches of another.

Black and white Maine Coons will normally have a base color of black, with white patches. As mentioned earlier, the most common pattern is the tuxedo pattern. This is where the cat has white patches around its chin, paws, and chest, mimicking a tuxedo suit.

A less common, but equally beautiful pattern is van markings. This is when the cat is almost fully white, with only a black tail and some black spots around its ears.

Silver And Smoke Black And White

Maine Coons with silver and smoke variations also have black and white in their coats, but it is not in the form of patches. These cats have both colors on the same strand of hair! Each strand is black at the tip, and white at the base, giving off a cool smoky effect, as the name suggests.

Within this variation, there are different patterns with different names, such as chinchilla silver, shaded silver, and black smoke.

All Maine Coons were either black or brown tabbies, as a result of their ancestors. If any kittens had any different color variations, they ended up being more visible to predators and were killed.

However, since cats have become domesticated, kittens with strange color patterns and variations have become more desirable, so breeders often look out for these kittens in order to keep those interesting variations going.

Bicolor Maine Coons carry special white spotting genes, and this is what gives them their white patches.  One of these genes is responsible for less spotting, such as the tuxedo pattern, and the other causes more, such as the van pattern.

The color of a cat’s coat does not have a bearing on its personality. This is dependent on the breed itself, its sex, environment, and its parents.

Main Coons in general are very sociable, and they love spending time with their owners. If they aren’t getting enough attention, they may begin to feel depressed. However, despite this, they are not clingy or demanding, they just like to be around other people and animals. Therefore, if you wanted to get another pet, this wouldn’t be a bad idea if you have a Maine Coon, especially if you spend quite a bit of time out of the house.

They are also very loving and enjoy a good cuddle. Males may be more likely to enjoy cuddles more than females, due to females being a little more active, but they still enjoy affection. Maine Coons are also known for being one of the more intelligent cat breeds. They can be taught to walk on a leash, play fetch, and learn commands!

They are also relatively playful and enjoy pouncing and climbing, so it’s a good idea to have plenty of scratch posts, cat trees, and toys for your pet to play with.

These cats are a healthy breed, but due to their size, they may be subject to certain orthopedic problems such as hip and below dysplasia.

Before breeding, these cats should be screened for these diseases, and if they do have any issues, they should be excluded from the breeding process.

These large beauties have a lot of fur,  but they are able to take care of themselves when it comes to grooming. However, due to the excessive amount of fur they have, it wouldn’t be a bad idea to get them used to a good brushing every so often.

Brushing them once a week can help get rid of any dirt that is clinging onto their fur, free any tangles or mats, and will help you spot any ticks, fleas, or injuries!

If your cat is elderly or injured, they may struggle to groom themselves properly in all areas, so they may need more brushing in order to keep their fur nice and healthy.

Black and White Maine Coons are a rare color variation of the breed, but this just makes them more unique and beautiful.

This is a large cat breed, and their size just makes them more graceful and elegant. Their personalities are wonderful, as they love to play, be sociable, and cuddle, but also have their space when they want it.

Despite their amount of fur, they are likely to be able to take care of their grooming needs themselves, but weekly brushing isn’t a bad idea, and it’s very therapeutic for them, and for you! 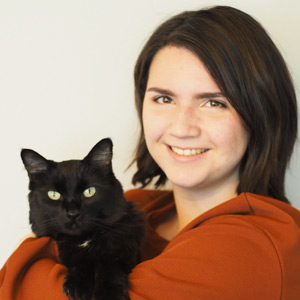 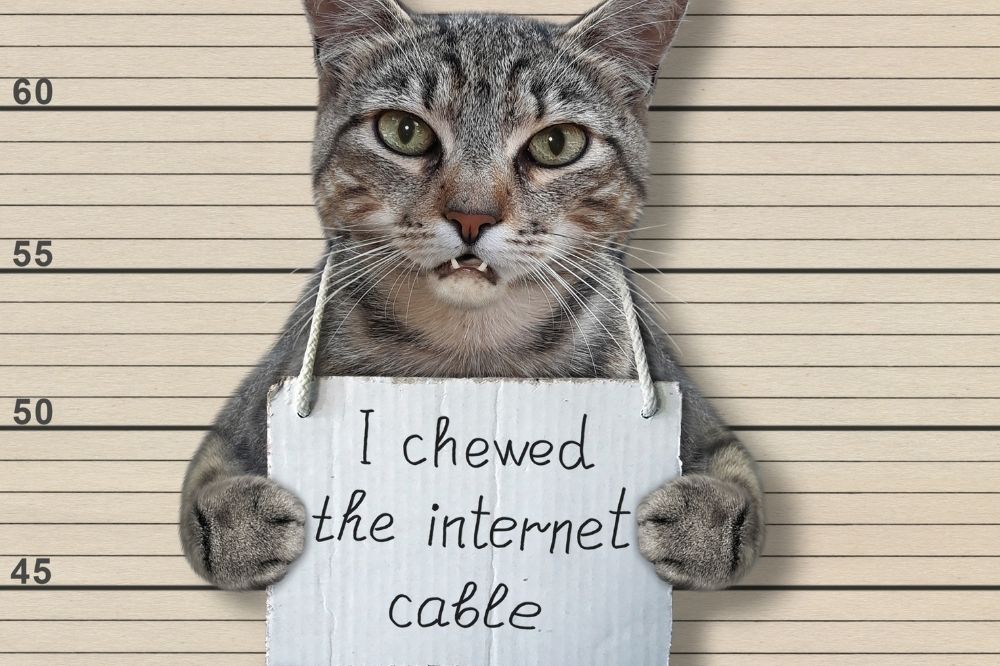 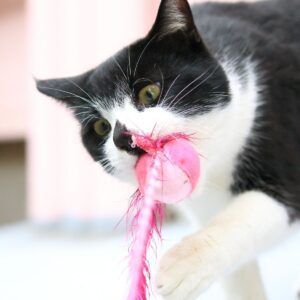 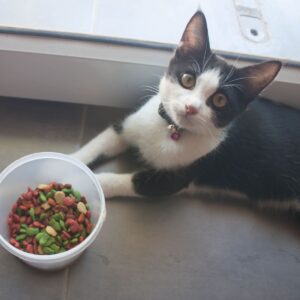